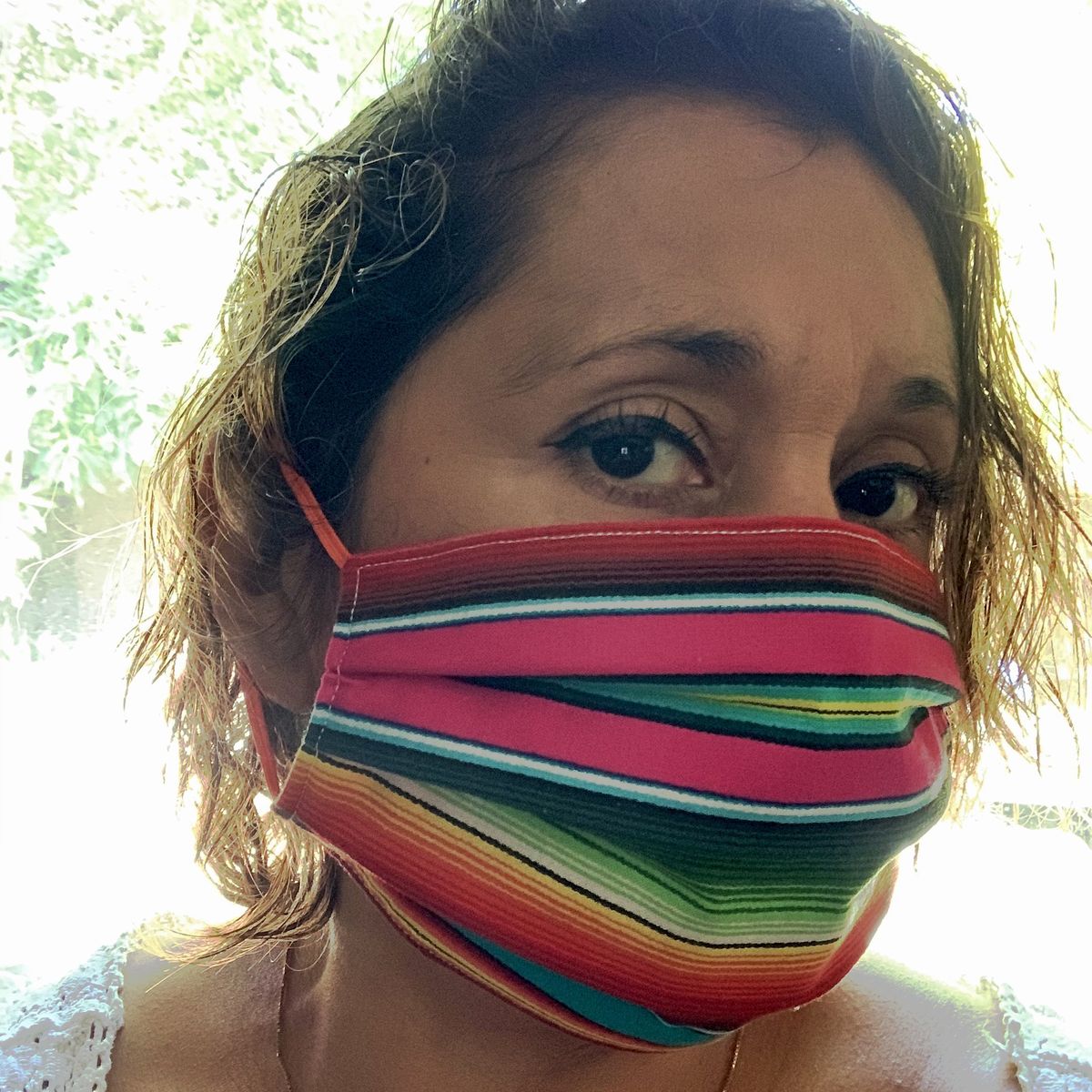 Rosa Conrad holds an MA in Sociological Practice from California State University San Marcos (CSUSM). She is the Outreach Coordinator for the University Library at CSUSM and a REFORMA National member from the San Diego Libros Chapter. Rosa is a current MLIS student at San José State University (SJSU) and is the first President of the newly established REFORMA SJSU iSchool Student and Alumni Group.

As the new fall 2020 semester began at San José State University (SJSU), students and alumni who were members of REFORMA National responded to the call for executive officers to form a new student group, the REFORMA SJSU iSchool Student and Alumni Group. This group serves as an opportunity for its members to develop, inform, and share best practices and knowledge on how to support Spanish-speaking communities as emerging library professionals.

Dr. Michele Villagran expressed a great deal of enthusiasm in supporting this new group, serving as the group’s faculty advisor and stating, “The new REFORMA group is an inclusive and welcoming environment offering our students the opportunity to become involved with REFORMA while they pursue their library degree so they can learn about the organization and begin to collaborate with their local REFORMA chapters prior to graduating. Students get to work with other SJSU students and alumni that are interested in supporting Latinx and Spanish-speaking communities, gain leadership skills, and partner with others that have similar interests within REFORMA and the community.” 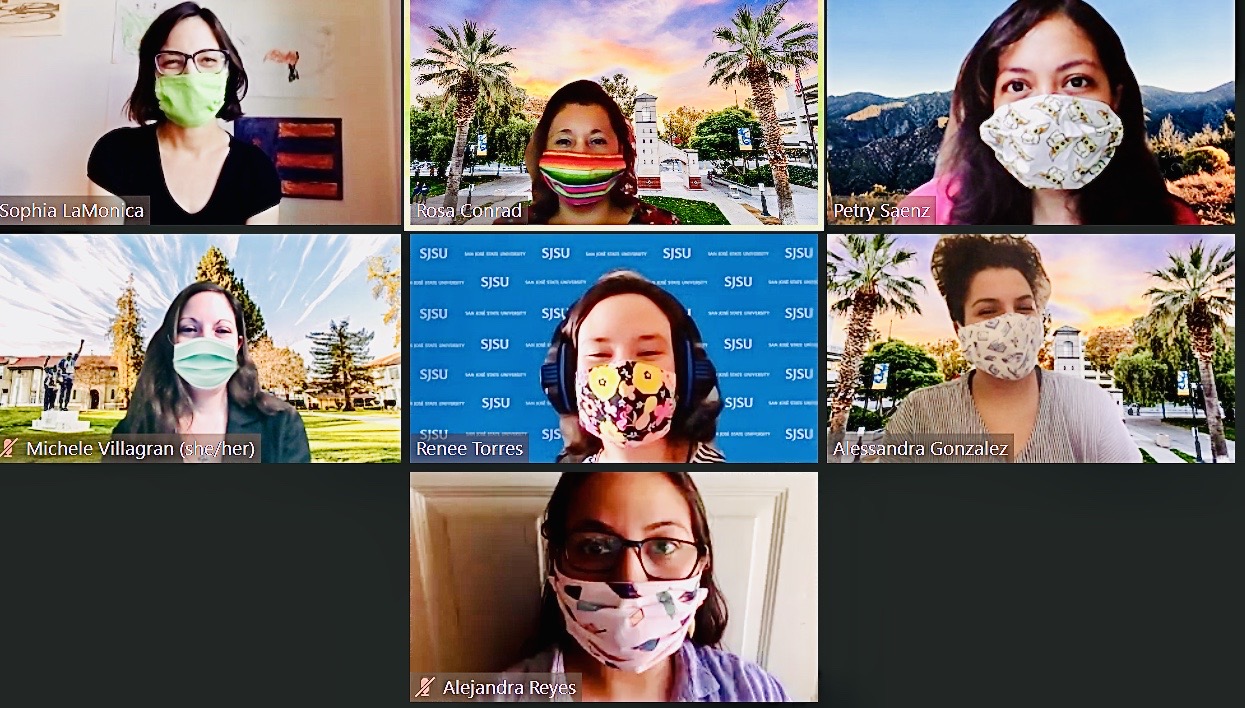 Executive officers have reached out to their local chapters to inform them of the newly formed group and to seek out opportunities for future collaborations.

In the spirit of connecting the community of librarianship, the group has been leading a new initiative known as Cafecito con…, which is a series of monthly virtual events where students and professionals can engage and network with one another. The first virtual event of the series, Cafecito con the Executive Committee, was held this past September and introduced attendees to the group’s executive officers. The event welcomed attendees with fun and interactive activities, including virtual bingo and a scavenger hunt. The event was received positively among participants, proving to be a great success as demonstrated by a subsequent increase in membership.

The group is also hosting the second event of the series: Cafecito con Your Ancestors, in which attendees are invited to celebrate Día de los Muertos. The Cafecito con Your Ancestors event will be held on Thursday, October 29 from 5:30 pm - 6:30 pm PT. Attendees will have the opportunity to share a photo or an artifact of their loved ones as well as a memory of them during the event. 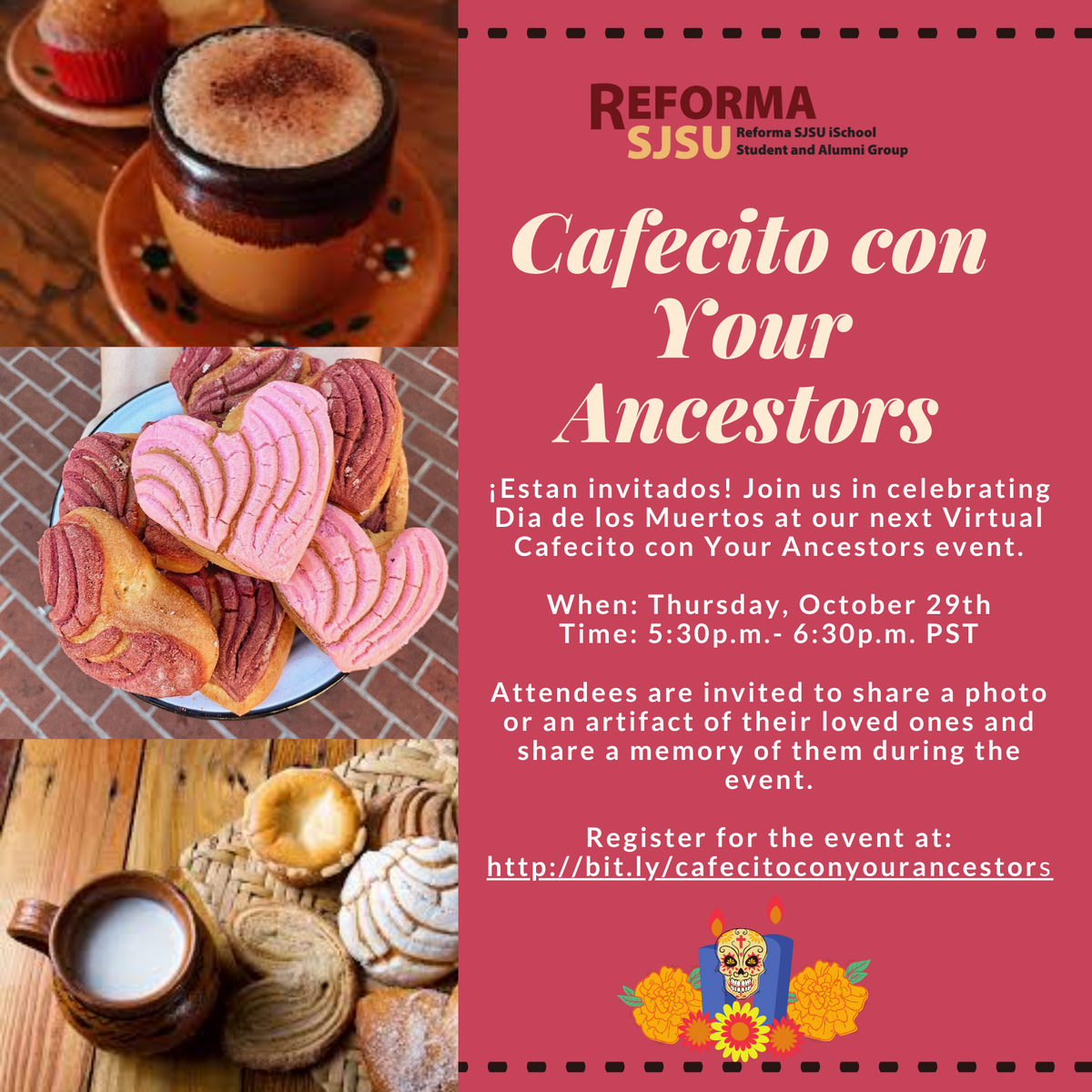 The group is also currently seeking contributions for their new blog. Proposals from members of the REFORMA SJSU iSchool Student & Alumni Group, library and information science (LIS) professionals, and organizations related to the LIS field are invited to submit a blog proposal.
Topics of interest include, but are not limited to: For information on how to submit, visit the submission guidelines. Proposals can be submitted to https://bit.ly/RSISblogproposal. Blog post proposals will be accepted on an ongoing basis.

SJSU students and alumni who are members of REFORMA National can join the REFORMA SJSU iSchool Student and Alumni Group. Membership is free to our group. Students and alumni can complete a membership submission form at http://bit.ly/REFORMAiSchoolMembershipForm.