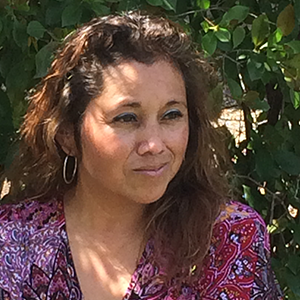 Rosa Y. Rodriguez holds an M.A. in Sociological Practice from California State University San Marcos (CSUSM). She is the Outreach Coordinator for the University Library at CSUSM and a REFORMA National member from the San Diego Libros Chapter. Rosa is a current MLIS student at San José State University (SJSU) and is the first President of the newly established REFORMA SJSU iSchool Student and Alumni Group.


When I nominated myself to be the first President of the REFORMA San José State University Student and Alumni Group (REFORMA SJSU), I was excited by the opportunity to lead and establish a new student group. Reflecting on this group’s work over the past academic year, it has been an experience where I could apply and hone my skills from the SJSU iSchool MLIS program in leadership, outreach, communication, and project management. Our group emerged with the goal of building a foundation for the next iSchool Reformistas and to engage, develop, and create a community of emerging librarians dedicated to supporting Latino and Spanish-speaking populations.

Despite the COVID-19 pandemic and REFORMA SJSU’s first year as a group, we immediately began working toward building this community through virtual events and collaborative partnerships. The Cafecito con… event series created a space where iSchool students had the opportunity to engage with and learn from experienced library professionals. We hosted seven virtual Cafecito con… events where over 120 REFORMA National members joined us in lively conversation with Barbara Miller, Beatriz Preciado, Dr. Michelle Morton, and Patty Valdovinos, as they shared their professional trajectories and experiences in making a difference in their Latino and Spanish-speaking communities. We welcomed SJSU alumni Kenny Garcia, Sonia Bautista, Celia Avila, and our own current board member, Renee Torres, at our Cafecito con Los Graduados where they offered their experiences as students and library professionals. iSchool students learned the value of being a part of REFORMA SJSU Student and Alumni Group, REFORMA National, and its local chapters. We have also had the opportunity to create a space where REFORMA National members and iSchool students honored and celebrated Latino culture such as Dia de los Muertos. The group’s accomplishments over the last year have been recognized and featured in a variety of ways, including an article in the REFORMA National Newsletter, an interview for the SJSU iSchool Spotlight, and in a SJSU News article. 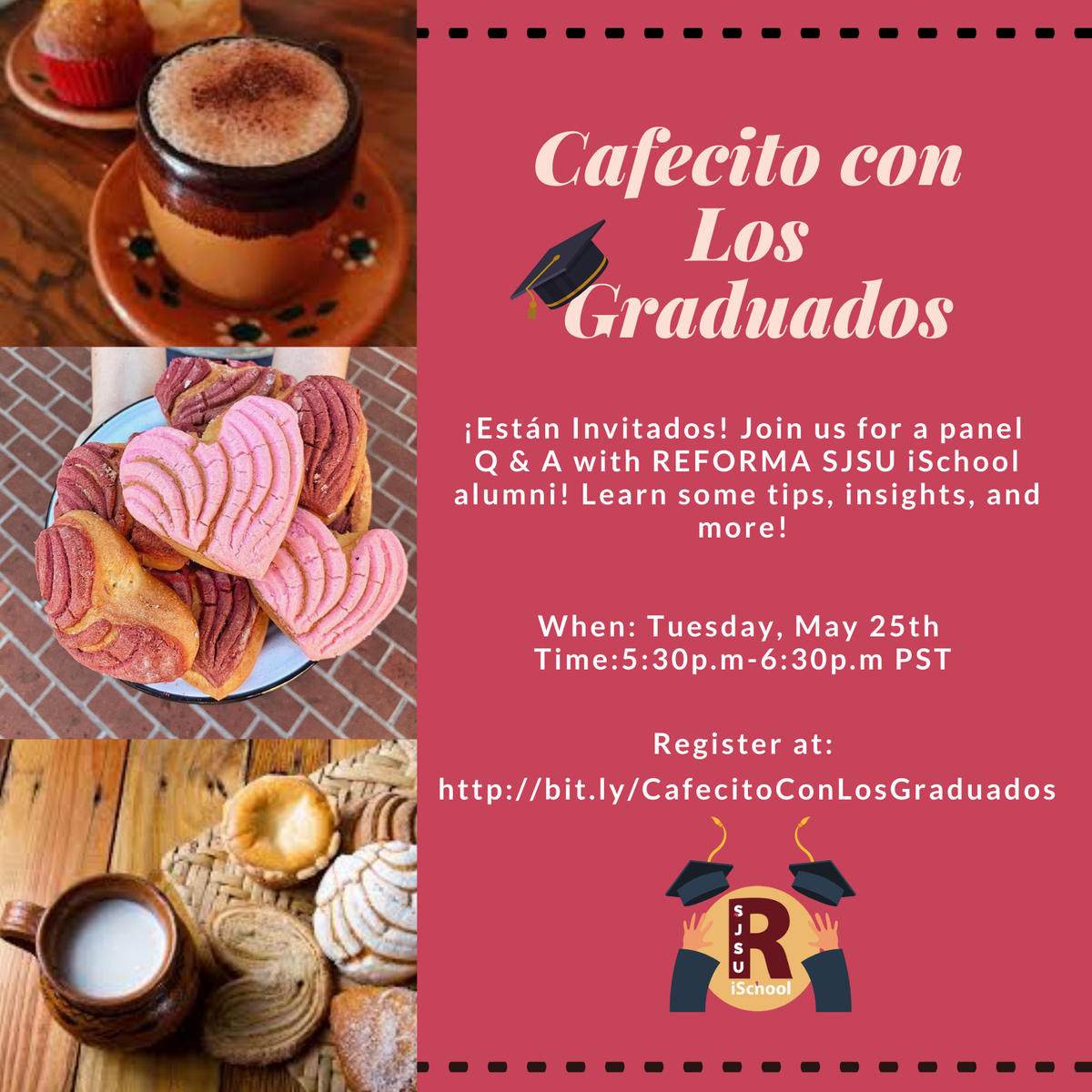 REFORMA SJSU broadened its reach as a collaborative partner with other SJSU library student organizations. We collaborated with other student groups during a Meet and Greet with SJSU iSchool students. We partnered with the Society of American Archivists Student Chapter where I also had the honor of being the facilitator for the Virtual Mujeres Latinas Project Representation in Archival Repositories event. I also had the opportunity to moderate a REFORMA National event, the Hispanic Heritage Month: Virtual Author Showcase, which featured amazing Latino graphic novel authors.

As I reflect on this past academic year, I am proud of the work we accomplished, and that I had been a part of forming a new group dedicated to supporting Latino and Spanish-speaking communities. Being the president of REFORMA SJSU has been incredibly rewarding and enriching, presenting new learning opportunities and leadership moments that will carry over to my career as a librarian. I look forward to seeing what new directions and energy the next academic year will bring to REFORMA SJSU, as the group continues to build a community of new librarians committed to the vision of REFORMA National.