Celebrating Día and its 25th anniversary during the Covid-19 pandemic called for creative event planning in a time when most library resources are going towards curbside and reopening.

In light of that, several members of the Washington chapter of REFORMA partnered to co-promote each other’s Día events. Five librarians from King County Library System, Sno-Isle Libraries, and Seattle Public Library shared program plans and worked with our marketing departments to link to the other libraries’ Día landing pages. We also promoted to our respective community partners and publicity channels. This collaboration ideally would bring more attention to all of our events and grow public awareness of Día.

Highlights of our Collective Programming 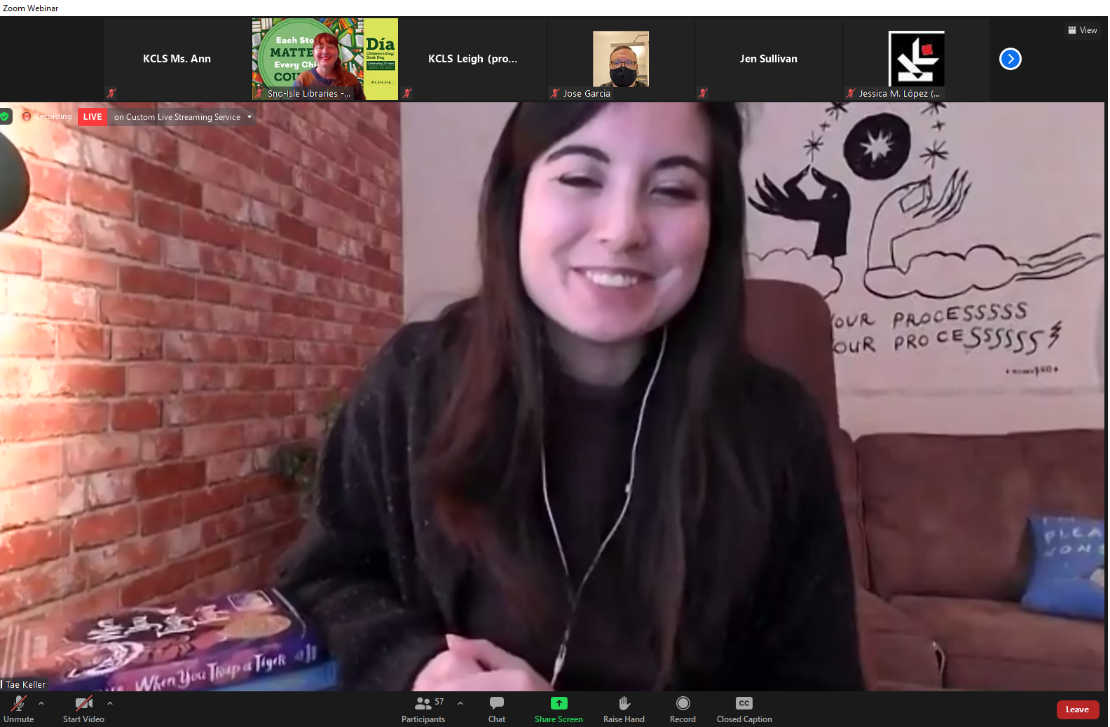 KCLS and Sno-Isle librarians hosted a Zoom conversation on April 30 with 2021 Newbery Medalist author Tae Keller, aimed at school-aged kids, classes, and families. Our Día mini-grant went towards Ms Keller’s honorarium. There was a live audience of 60-plus, as well as classroom viewership. The focus of the conversation was on Ms Keller’s biracial heritage and how it impacts her writing for youth. There were several insightful questions from kids about her award-winning book “When You Trap a Tiger.” The event was recorded for archiving on Sno-Isle’s YouTube channel through May 30, and included the option of viewing subtitles in Spanish. There were 144 views by the time of this report.

Seattle Public Library hosted Latin Grammy-winning 123 Andrés online on May 1 for kids and families ages 3 and up. The performers were engaging, lively and humorous. Attendees appreciated the energy and live interaction. There was even an attendee from Bogotá! The live attendance figures were surprisingly lower than expected, at 21 total (which does not account for multiple viewers in households). Archiving and subtitling the recorded event on SPL’s Kids YouTube channel through May 31 has allowed for more accessible viewing; by the time of this report there were 142 views. 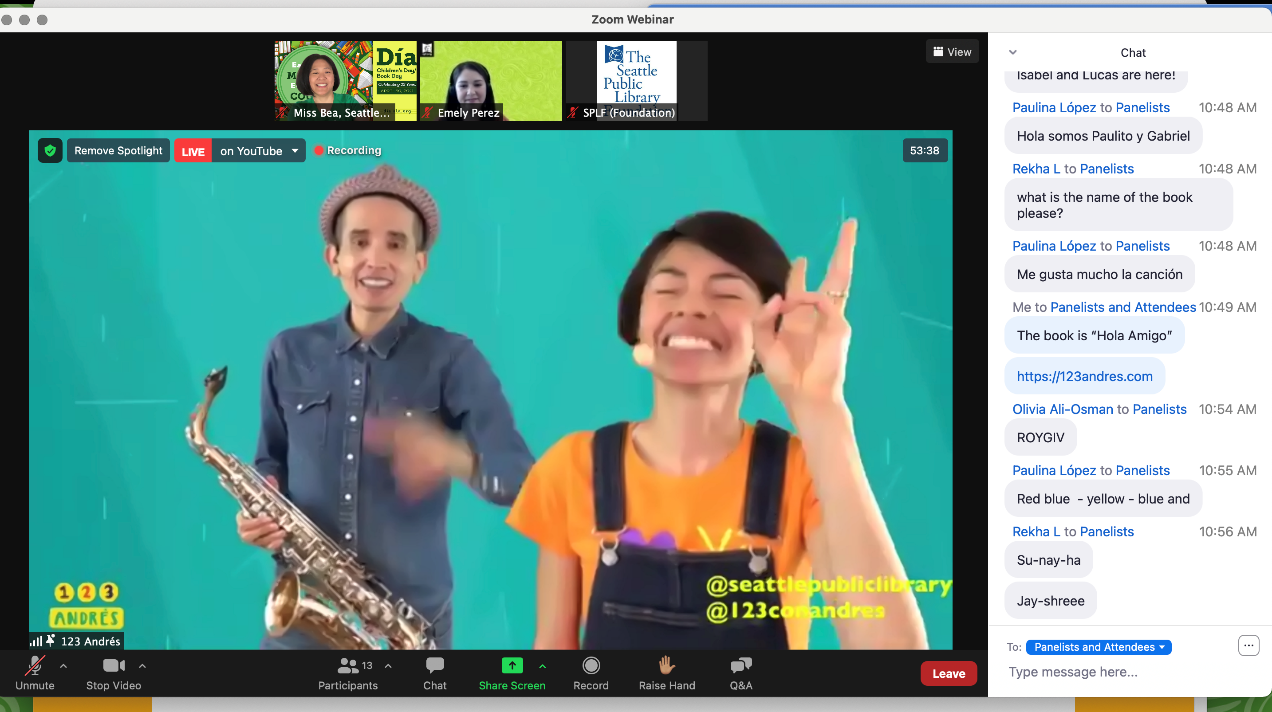 KCLS hosted an online lotería game for kids that was planned, designed, coded, and presented by Latinx teens from Latino HEAT (Hispanos en Acción Together), a local organization that develops youth leadership, community service and community organizing. About 20 attendees enjoyed the activity and expressed hope that they could play it again but in person! 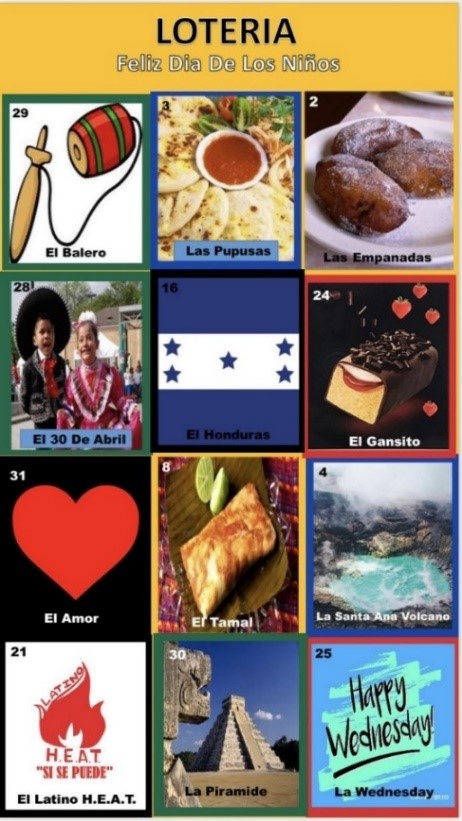 REFORMA WA also requested a statewide proclamation from the governor’s office to recognize Día’s 25th anniversary. We provided drafts in English and Spanish. The final issued proclamations were promoted to youth librarians statewide to use as they saw fit in their Día programming. PDFs of the proclamations can be found at www.spl.org/diadelosninos.

KCLS hosted Facebook storytimes with local Univision news anchors. At SPL, the South Park Branch displayed a StoryWalk of the book “Waiting for the Biblioburro / Esperando el Biblioburro” in the branch windows, and offered book giveaways to kids during curbside service. Over 100 books were given away to kids ages 0-12 years. In a debrief meeting, we were happy with how it all came together and concluded that our Día partnership was an ideal collaborative project for REFORMA WA. We hope to do the same again next Día and perhaps involve additional Washington library systems in the I-5 corridor.
Post a Comment