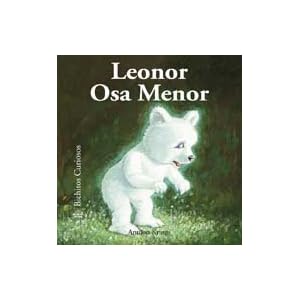 Luci, a firefly with magic powers, attempts to bring down the moon, but instead gets a big pan with a handle (i.e., the Big Dipper), and inside is a small, white, glowing bear named Leonor (i.e., the Little Dipper or Ursa Minor).  While Luci la luciérnaga sleeps during the day, Leonor has a series of small adventures on her own.  Luci eventually tracks her down, and the story ends abruptly with the moon telling her “not to move so much.”  This is part of the Bichitos Curiosos series by Krings, and re-uses some of the characters that appear in other books, which may appeal to fans of the series. However the overall audience is limited. Recommended with reservations.