Mary Donley is a librarian for Tutor.com and long time REFORMISTA 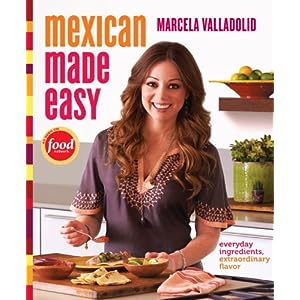 For the past couple of weeks, David Letterman has begun tweeting.  He reached out on Twitter to the two Jimmys (Fallon and Kimmel), Jay, Conan, Craig and the “cable twins” (Jon Stewart and Stephen Colbert).  Here we are in the second decade of the 21 century and late night TV is still all white and all male.  The exceptions are The Arsenio Hall Show which ran from 1989 to 1994, competing with both Johnny Carson and Jay Leno.  After the Arsenio Hall Show, there was no longer a person of color hosting late night TV until George Lopez debuted the Lopez Tonight on TBS in November 2009.  His show was cancelled in August 2011.
Today, according to the American Society of News Editors, Latinos make up only about 3.5 percent of print journalists.
Back in May 2011, the Daily Show hired Al Madrigal to be their Senior Latino Correspondent.  He hasn’t been on as much but recently he has been on more due to election coverage. However, when it comes to guests, you seldom see any Latino on The Daily Show.  Stephen Colbert, on the other hand, has had several Latinos on his show, including San Antonio Mayor
Julian Castro and Gustavo Arellano from Ask a Mexican.  Colbert even worked as a farm worker for a day, then testified on behalf of farm workers before a congressional committee.

In terms of day time shows, Oprah has been the most watched program in the world.  For whatever reason, Oprah seldom had any Latinos on her show either.  Ditto for Bill Maher.  Lately there have been a lot of Latinos on the Nate Berkus show.  I wondered why and then heard him say his boyfriend is from Mexico City.  Recent guests on his show have included Marcela Valladolid, discussing her new cookbook, Mexican Made Easy and Liliana Vaquez, author of The Cheap Chica’s Guide to Style.

The one place where Latinos are totally underrepresented is on national English-language news.  Media matters explains this.   “Latinos were particularly underrepresented.  Though they now comprise 15 percent of the American population, they make up only 2.7 percent of cable news guests.  The worst of the three networks on this score was MSNBC, which featured only six Latino guests out of 460 prime-time appearances during the entire month.”

Ironic, since they are considered to be the most liberal of the three twenty-four hour cable news shows.  Latinos are also underrepresented in terms of news reporting.  Ruben Navarrette discusses this in his article “Missing the Scoop.”

“Today, according to the American Society of News Editors, Latinos make up only about 3.5 percent of print journalists. When you look at management, the figure drops to about 1 percent. In broadcasting, Latinos also make up less than 1 percent of radio news directors and about 3 percent of television news directors.”

Online sources such as The Daily Grito and News Taco are taking up the slack.  As we sometimes turn to the web for more relevant news in all areas, Latinos and those interested in their issues may have to read/listen online to keep up with current events presented from a Latino perspective.