Max Macias is a long time Reformista and Chicano Librarian. Yago S. Cura is the Publisher and Editor of Hinchas de Poesia 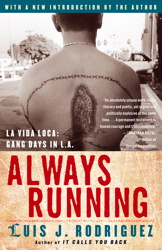 We have never met, and my son and/or daughter is not matriculated in the school district you oversee. I am writing today in my capacity as the publisher of Hinchas de Poesía , a fledgling online literary journal, and in collaboration with Max Macias, a Chicano librarian living near Portland, Oregon. We are both members of REFORMA, although the contents of this letter and the opinions expressed herein solely belong to us (Yago S. Cura and Max Macias).
Again, we want to thank you in advance for your efforts toward propagating, promulgating, and publicizing excellent works by our most celebrated Latino writers, historians, and intellectuals
We are writing to express our intense gratitude for your continuing, yet albeit wholly indirect, support of Ethnic Studies in the United States of America. Put simply, if it were not for you upholding Arizona state law ARS15-112, which prohibits the use of educational materials that, "promote the overthrow of the United States government; promote resentment toward a race or class of people; are designed primarily for pupils of a particular ethnic group; advocate ethnic solidarity instead of the treatment of pupils as individuals," then Ethnic Studies in the United States might still be relegated to a tangential artery of U.S. literature.  In one fell swoop of pencil-pushing preemptiveness, you have guaranteed the ascent of Ethnic Studies in this country for at least another 10 years. My humble journal doesn’t sell advertisements, so this will at least ensure that we remain relevant (and salient--since I cover all overhead) for at least another five to seven years.

Your harsh, undercover promotion of Ethnic Studies has certainly caught the attention of a generation of disaffected youth of color, who might not have ever heard of Ethnic Studies, nor read the books the school district chose to ban. Whereas before these students were slightly motivated to learn historical perspectives not routinely offered to them, now they are up-in-arms and agitated to learn their history.  In other words, you have inadvertently created convenient reading lists of forbidden books for young people. You have given them reason to utilize their nearest public library, seeking these books.

Your concerted attacks might have actually even increased the circulation of these forbidden tomes in inner-city libraries and under-resourced school system libraries.  We anticipate “Latino” literature will germinate a new corps of writers from the vigilant, patriotic headlocks you have exerted on some of these titles, such as Howard Zinn’s A People’s History of the U.S., Sherman Alexie’s The Lone Ranger and Tonto Fistfight in Heaven (a book I had the pleasure of forcing my students in the Bronx to read), and Luis Rodriguez’s Always Running: La Vida Loca—Gang Days in L.A.

Max and I are both survivors of Reaganomics, and we have oodles of respect for Hip-Hop. Interestingly enough, there are many music critics who believe that without the social squeeze put on people of color by Reaganomics, there would have been no Hip-Hop culture. Could you imagine a world without Afrika Bambattaa, Public Enemy, or KRS-One, just to name a few? As a small online publisher, I probably would have had increasingly less and less to publish if you would have just left Mexican American Studies alone. The important, but immaterial ideas disseminated in Ethnic Studies classes have to compete with the more lucrative disciplines like Business and Biological Sciences. Now, however, we predict, there will be a renaissance of new Ethnic Studies presses that develop to publish new studies, articles, fiction, poetry and editorials from the myriad aspects and perspectives that these values bring to light.  These new presses will present avenues for new ideas and great historical works to be published and spread throughout our great nation and the world.  Videos, podcasts, and other new forms of media will be produced and made available to the masses.  We simply cannot thank you enough.

There is a deep distrust of your actions felt by people in our communities; it is our hope that this letter will help them see your actions in a new light.  Hegel’s Cunning of Reason is alive and well in the United States--particularly in Arizona! Let's be honest-- without your sage and cosmopolitan bigotry, many of the writers whose books you rightfully banned might have been relegated to the status of literary conference speakers and community college hacks--destined solely to the erosion of illiteracy at the "hood" level.  Now, there will be an unprecedented call for these authors to make appearances, and book orders will grow. More importantly, you and your peers have (as Sherman Alexie has already pronounced) made these texts “sacred”; by making them politically illicit, you have polarized their attractiveness.  Seizing them off of the shelves of schools in your state you have provisioned the liberal opposition with a facile foray of direct opposition. At the very least, you have made them eminently attractive to minority students and disenfranchised American youth.
You have forced editors out of their editing chairs and deputized them (informally, of course) to become book smugglers, or librotraficantes.Tony Diaz, the editor of Nuestra Palabra: Latino Writers Having Their Say, could have just been another minority writer, editor, translator, teacher; you have made him aspire to justice and smuggle into your district relatively popular texts which now smolder with the mesmerizing possibilities of something forbidden. You have empowered our texts at a time when less and less people are reading books, and less and less people of color are publishing and writing them.

We believe we can agree on one irrefutable fact.  The T.U.S.D. is doing something right:  they are increasing an interest in education. You are giving educated Ethnic Studies professors a lectern from which to speak; this will only increase education and the desire to be educated in the Latino community.  As you’re aware, education is the best weapon against oppression and indoctrination. Placing Paolo Freire’s Pedagogy of the Oppressed on your banned books list highlights his emphasis on these ideas; Freire’s study is something all readers can directly relate to, explaining why unjust social conditions are allowed to propagate. Our people are interested in what everyone is interested in--bettering their lives and creating opportunities for their children.

Again, we want to thank you in advance for your efforts toward propagating, promulgating, and publicizing excellent works by our most celebrated Latino writers, historians, and intellectuals.