Alexandra Gomez is the Supervising Librarian responsible for the collection development of Spanish and other world languages materials at BookOps, the shared technical services organization of the Brooklyn Public Library and New York Public Library. Alexandra is also an American Library Association (ALA) Spectrum Scholar and a William Randolph Hearst Scholar. She was also the recipient of the REFORMA Northeast Chapter (RNE) Ismael Alicea Professional Development Award and past President of the REFORMA Northeast Chapter 2016/17. The “Spanish Language Book Buzz: What's New in Spanish Language Publishing” was one of her initiatives, as part of the components of the Connecting Literature, Arts, and People (CLAP) Committee activities.

Patricia Valdovinos is the Multilingual Services Librarian at the Los Angeles Public Library. She is the Vice-President/President-Elect of the Los Angeles Chapter. She served on the Executive Committee as 2017-2019 Member-at-Large Representative, and on the 2019 Pura Belpré Award Selection Committee. Based on real events from World War II, the book tells the story of a group of people who join forces to rescue a great athletic young German at risk of being sent to a concentration camp if returned to Germany. 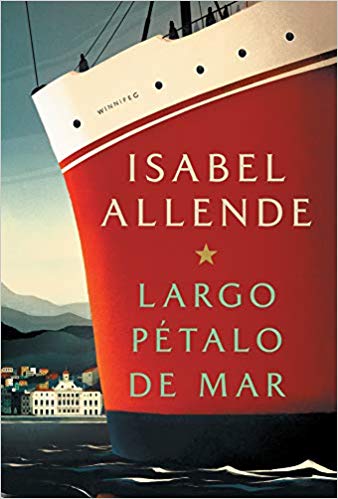 A young doctor and his pianist friend who are forced to leave Barcelona during the Spanish Civil War board a ship going towards France, chartered by the poet Pablo Neruda, and land in Chile where they are received as heroes. The trilogy of colors continues with another exciting adventure that is unleashed when a group of young people rebels against a world that tries to bring order to their chaos. After being deported from the United States of America, migrants bring with them these stories collected by the "Migration and Memory" project in Tijuana, Mexico. From the first day Malú attends her new school, she starts to break established rules, befriend other maladjusted students, and form her own musical group. But, she never forgets the first rule of punk: being herself. 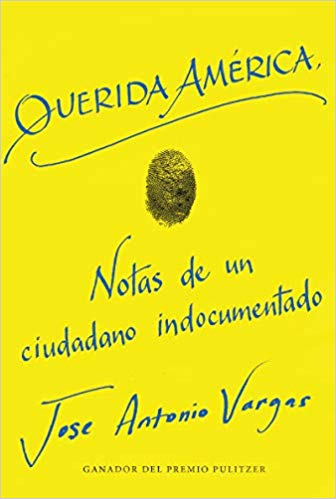 An autobiographical work that depicts the author's experiences from his 25 years of living illegally in the USA, being permanently hidden from the government without a home and forced to lie to survive. The author, a psychologist, columnist, expert in family relations, and mother of two, reveals her secrets regarding discipline, time management, and other parenting and coping skills. An exiled Cuban clings to his carpentry shop that is about to be seized, and goes on Facetime to tell the reasons why he is willing to face the authorities, offering a glimpse at the recent political and cultural history of the American continent and the contemporary life of the Latino community in New York. Inspiring stories of people who saved the world with their extraordinary accomplishments and achieved more than they thought could be possible. Ten stories of ten young immigrants, ages ten and seventeen, who crossed the border from El Salvador, Honduras, and Guatemala, and came to New York and Los Angeles with the intention of reuniting with their families. Stories of 52 inspiring women who challenged gender stereotypes and roles in order to change history. With beautiful graphics accompanying each of their biographies, Lee portrays each of their incredible journeys towards helping humanity create a better world. Chabán shares seventy-five new Latin America-based dishes that will make anyone’s taste buds burst without feeling bad about the calories. Chabán teaches readers how to maintain a healthy diet and eat all the Latin American dishes without any guilt. A manual filled with advice and comments from one artist to another. If readers ever feel artistically unmotivated, Kurtz will help guide them to becoming more creative and gaining their confidence back. In a place with no name filled with daily violence and hunger, women come together to form a book club. After reading a self-help book, they find themselves fueled by revenge due to all the sexism they experience. Barrera invites the reader to examine the impact and value of “self-help” through this dystopian-set novel. A guide that teaches the importance of the traditional practice of fasting. It shares the reasons why people have done it for years and the benefits that come from it for a person’s health.