Libbhy Romero is the World Languages Collections Coordinator at BookOps, the shared technical services organization of Brooklyn Public Library & New York Public Library. She has written articles about collection development of Spanish language materials in Library Journal. She is a former REFORMA Northeast Chapter President and recipient of the 2016 Pura Belpré Librarian of the Year award of the REFORMA Northeast Chapter.

Talk to us about the history of your company and when was it established.

I started at the age of 14, helping my father, who was a professor of English Phonetics at the British Institute in Madrid. We first made a small collection of English grammar books and then there came a lot more titles. 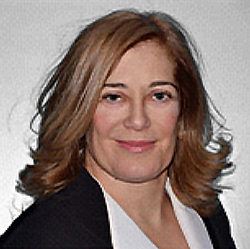 From the first moment, we had several English authors who collaborated with us. Our books were sold for many years in Latin America through a distribution company that had its headquarters in Madrid. In 1990 we left this distributor and I took charge of the national distribution with a focus on giving the best service.

One day, I received a call from the New York Public Library (I do not want to miss the opportunity to send an affectionate greeting to Brigid Cahalan) asking about a book on everyday situations in Spanish. We did not have it at that time but I started writing it: a bilingual edition (2,000 copies were made) just to give two copies as a present to the New York library. My father looked at me, stunned, but my main motivation was thinking that my father's books were going to be in that library.

Then, as a result, we entered the US market where I found not only customers, but friends that I appreciate a lot.

In 2005, I participated in the Spanish SME Internationalization Program of ICEX. It was the Don Quixote Year. I edited the bilingual edition of Don Quixote, which had to be announced in a high visibility magazine. I took the initiative of contacting the on-board magazine of British Airways. Seeing that it was only a book, and a Don Quixote, British Airways offered me a good discount and it did not come out that expensive after all. It was a big win (including in El Corte Inglés and Casa del Libro). Two years later, my father could no longer work and, due to family problems, the company had to close forever.

Since then I have dedicated myself to helping my daughter, Laura Domínguez, start her own business. I am the proud co-founder of Condé de Diamante. Our latest collection is a Velázquez Menina made of silver with three natural fancy diamonds on her dress (with one having the colours of the Spanish flag).

However, I keep in my heart the book world and my last collection is the bilingual versions of the three tragedies of Federico García Lorca: The House of Bernarda Alba, Wedding of Blood and Yerma (book + CD in standard Spanish).

I edited the bilingual edition of Don Quixote, which had to be announced in a high visibility magazine.

What type of materials do you publish?

Bilingual books with parallel text (English - Spanish and Spanish - English) of universal  literature. In fact I was the pioneer in 1988 with works by Washington Irving.

What is the latest work you are publishing and when is it going to be available? Please give us a description.

My latest work consists of 3 titles: 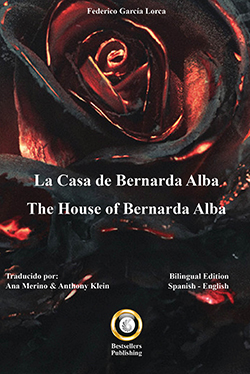 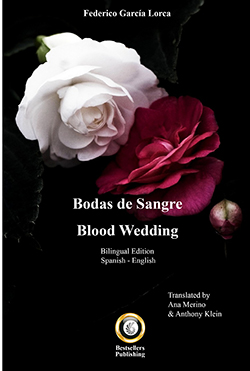 Bilingual Edition Spanish-English.
Author: Federico García Lorca.
Publisher: Bestsellers Publishing & Editorial La Casa de España (el español por el mundo).
ISBN: 978-84-92803-15-6.
Size: 14x21. Págs: 136
The author defines Blood Wedding as the first part of a dramatic trilogy that is completed with Yerma and La casa de Bernarda Alba. From a real piece of news about an event that happened in Níjar (a municipality in the province of Almería, Andalusia), the author builds a tragedy full of symbolic elements where verse alternates with prose. In Bodas de Sangre, the tragic outcome of a wedding is staged. The bride, a graceful twenty-two year old girl, the daughter of a rich farmer, runs away with her cousin, as the culmination of an intense passion arrives, causing the dishonor of the family. 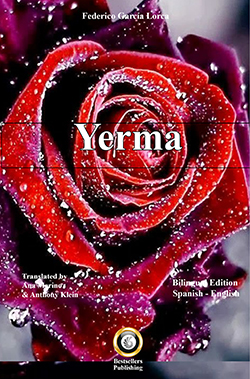 Bilingual Edition Spanish-English
Author: Federico García Lorca. Publisher: Bestsellers Publishing & Editorial La Casa de España (el español por el mundo).
ISBN: 978-84-92803-16-3.
Size: 14x21. Págs: 120.
In Yerma, released on December 29, 1934, Federico García Lorca portrays a woman who lives between two equally irrepressible passions that imprison and crush her: on the one hand, the desire to be a mother, and on the other, her forced fidelity to a husband she despises.

Where can we find more information about the works you publish?

What company distributes your work in the United States?

Lectorum is our distributor in the United States.