Libbhy Romero is the World Languages Collections Coordinator at BookOps, the shared technical services organization of Brooklyn Public Library & New York Public Library. She has written articles about collection development of Spanish language materials in Library Journal. She is a former REFORMA Northeast Chapter President and recipient of the 2016 Pura Belpré Librarian of the Year award of the REFORMA Northeast Chapter. 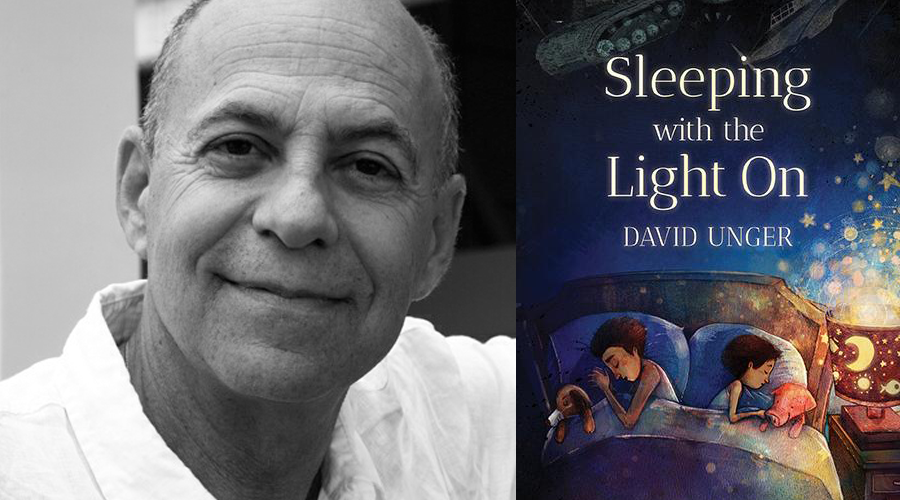 Your latest work is a children’s book entitled Sleeping with the Light On, set in Guatemala City in the early 1950s and featuring the turmoil of the times. Please tell us more about it. Is the story based on your personal experience or anyone you know? What do you hope readers will take away from this story?

Sleeping with the Light On (Toronto: Groundwood Books) is a chapter book for children ages 6-9 and is based on my Spanish story “La casita,” published by CIDCLI in Mexico eight years ago. My novels aren’t autobiographical in the least, but this story and most of the stories in Ni chicha, ni limonada (Guatemala: F y G Editores, 2009) have a strong personal patina. We did live above a restaurant called La Casita, and our family did emigrate from Guatemala in 1955, a year after a U.S.- engineered coup overthrew Jacobo Arbenz, our democratically elected president. I wanted to write a story paying homage to my parents Luis y Fortuna, in which a loving and embracing family helps to neutralize the days of flying bullets, threatening leaflets, and frequent blackouts. The adventures and misadventures of Felipe and Davico add a touch of humor. I don’t think writers (or readers) should shy away from difficult themes, but rather must find a way to introduce them so children are not talked down to or frightened. Although not intentioned, I think this book can also help children deal with the frightening aspects of COVID-19 under the Trump administration.

Your works include children and adult books—how do you decide which is your target audience in your writing process? How do you feel your writing has evolved?

I started out as a poet and a translator and have become a novelist and a children’s book author. I don’t really decide to reach a target audience per se, but rather find a vehicle to express what I have to say. Each attempt of expression finds its own form or voice. In Guatemala and Latin America, I am considered a Latin American writer who happens to write in English and whose work needs to be translated into Spanish—that explains why all my fiction is in Spanish and I have a greater following and reputation south of the Rio Bravo than in this country. Here, I’m considered a Latinx writer, though I don’t really write about the struggles of our people in this country. Because I became a published novelist late in life—I was 52—I don’t see myself as a professional writer who sits down every day to write. Besides, I’ve happily raised three daughters and worked for the Guadalajara International Book Fair and taught sporadically at the City College of New York where I have also overseen a program that addresses the lack of diversity in the publishing industry. My life, as you can see, has been a real sancocho—quite delicious.


I have known REFORMA librarians for thirty years and I have never met a group more committed to serving their community. You are doing a great job under very challenging conditions.

You have translated a good number of works, including Guatemala’s pre-Columbian creation myth The Popol Vuh. What is the literary translation process like for you as an author?

Translation became my creative outlet when my work as a poet came to an end. I began translating the poetry of Chileans Enrique Lihn and Nicanor Parra and Spanish Novelist Vicente Aleixandre. In the mid-nineties, I translated three novels by Mexican writers Bárbara Jacobs, Silvia Molina, and Elena Garro. Shortly thereafter, I translated The Popol Vuh and three children’s books by Guatemalan Nobelist Rigoberta Menchú, two books by Cuban Teresa Cárdenas, and one by Brazilian Ana María Machado, all for the brilliant Patsy Aldana and Groundwood Books. As you can see, I began translating the poetry of men, the fiction of women, and ended up translating children’s books! Most recently, I’ve translated short stories and novel excerpts from Guatemalan writers Denise Phé-Funchal and Javier Mosquera and a few stories from Nicaraguan Cervantes winner Sergio Ramírez Mercado. I consider translation an essential part of my literary production—in 2022, Penguin Classics will publish my retranslation of Guatemalan Nobelist Miguel Ángel Asturias’s brilliant Mr. President, with a preface by Mario Vargas Llosa. I have always considered translation a profession that also reveals my writing skills and interests.

What authors or books have had an impact on you? How has your heritage influenced your writing?

Though I write almost exclusively about Guatemala, my literary antecedents are much more ecumenical. As a teenager, I read much John Steinbeck and Graham Greene and then later Herman Melville, Jane Austen, Franz Kafka, and James Joyce. Gabo’s writing has had a great impact on me, though my writing has no magical realism elements in it. I am a constant reader, but feel I am most attracted to novels that have a strong plot, vivid characters, and which deal with social, historical, or political subjects—I don’t care much for sci-fi or fantasy writing. But spending the first four years of my life and subsequent summers in Guatemala has served as the seedbed for my literary production. I am especially proud to have been given Guatemala’s Miguel Ángel Asturias National Literature Prize in 2014 even though I don’t live in Guate nor do I write in Spanish. It is the greatest prize I could have ever imagined. I am also happy that my latest novel The Mastermind has been translated into 8 languages including Italian, Turkish, Polish, and Arabic.

What advice would you offer for librarians seeking to reach Latinx and Spanish-speaking communities in the United States?

You know, I don’t like to give experts advice! What I would say is that you must create an environment in the library that is warm and welcoming. At the same time, I think librarians must be willing to do quite a bit of outreach—by that, I mean going into the stores, community centers, playgrounds, and restaurants where Latinx and Spanish-speaking communities thrive, maybe even with Spanish-language flyers that feature five or six titles, primarily for children. I know it is hard during this pandemic, but it can still be done.

But to be candid, I have known REFORMA librarians for thirty years and I have never met a group more committed to serving their community. You are doing a great job under very challenging conditions.