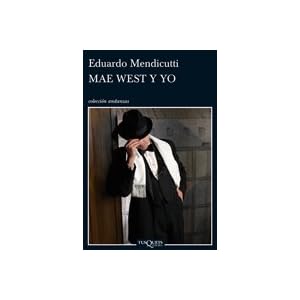 Mendicutti is a writer who enjoys a solid reputation in Spain, his native country.  His latest novel is about Felipe, a newly retired diplomat who is also a ventriloquist and has been diagnosed with a serious illness. At the prospect of his pending mortality, he decides to take a summer vacation in the town he where grew up, leaving his three ventriloquist “dummies” - Marilyn, Mae West and Marlene - in Madrid.

Felipe is a gay man who leads a quiet and lonely life.  During his 3 week sojourn while reliving his childhood, he thinks long and hard about life and death. A side plot has to do with Felipe's neighbor, a woman that draws his attention.  Felipe’s thoughts make up the core of the story.  Felipe’s voice expressing his beliefs and feelings in first person alternates with chapters structured around dialogue between Felipe and his sick organ (which uses “dummy” Mae West’s voice and unique style).

This is a funny and original book.  The use of regionalisms may be a stumbling block for readers that are not from Spain, just as the many references to Hollywood classic cinema might be for those not familiar with old movies.
Recommended
Post a Comment