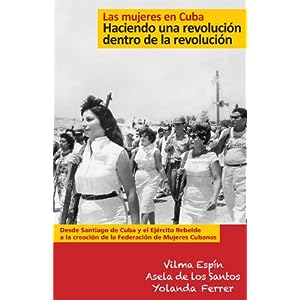 This publication is part of a series published by Pathfinder Press on the subject of the Cuban revolution and its heroes. This book profiles the leading role of three distinguished women and their struggles, recognizing their fundamental role in the revolution. The result of several interviews and rigorous historical research into Cuban women’s participation in the revolution, the book portrays the women on the battlefield and the creation of the Federation of Cuban Women.  The book is nicely supplemented with photographs and a glossary. The language used is simple and easily understood.

This well researched book would be of interest to anyone studying Cuban history, Latin American history, the history of the women’s liberation movement on a global scale and anyone who enjoys reading about history.
Recommended for all libraries and bookstores
Post a Comment