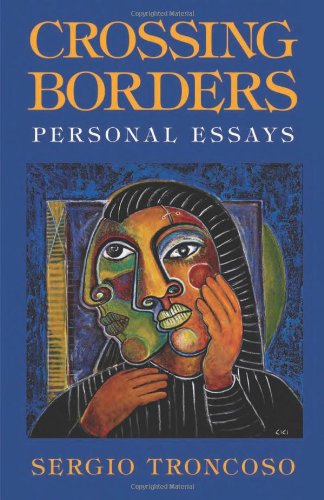 More a collection of chronological essays than straightforward memoir, novelist Troncoso (The Last Tortilla and Other Stories) depicts those important events and influences in his life that took him from the dusty streets of the Ysleta barrio in 1960s El Paso to the refined and elegant spaces of Harvard, Yale and New York.

The “borders” of the title are many:  intellectual, emotional, political and religious; he describes his travels across each with wit and style.  Particularly gripping are three “letters” written to his young sons during their mother’s successful battle with breast cancer while still in her 30s.  While stretched between two very distinct cultures (southwestern Mexican-American and northeastern Jewish) Troncoso remains a strong advocate for a more prominent Latino voice in the American literary world.