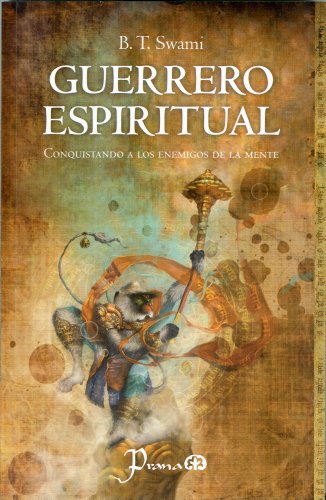 The author, born as John E. Favors, was an American who attended Princeton University, majoring in Psychology.  He later embraced the Hindu religion, becoming a Guru and devoting his life to travel the world spreading the word of Krishna (God).  This book belongs to a series where the author offers advice on how to eliminate common emotional problems, keeping in mind that all are servants of Krishna.  He shows an ample knowledge on psychology, but always tied to his religious beliefs.  Each chapter contains questions and answers that were asked during his talks around the world.

This Spanish edition suffers from flaws that sacrifice reliability. For example, no translator has been given credit for the translation. The edition is posthumous but no person or institution has taken responsibility for it. The unsigned preface was written by someone other than the author. And most importantly is the unexplained inclusion of certain events that happened after the author’s death - such as those of 9/11- given as examples of influence.
This edition is not recommended
Post a Comment