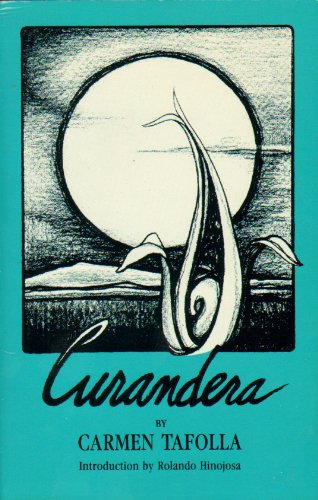 Using stories from her own life, Carmen Tafolla writes of the struggles she encountered as a Chicana growing up in San Antonio, TX, during the 1970s.  Her struggles motivated her to go to college and earn a Ph.D. in Bilingual Education.  After earning her Ph.D., she began writing poems about her home life and the spirit healing (curanderismo) she witnessed as a young girl.  This  is the 30th anniversary edition of Tafolla’s 1983 book Curandera which is now one of the many books banned from Arizona classrooms.  Curandera is written in English, Spanish and Spanglish.  The introduction of the 2012 edition is written by Norma E. Cantú but the 2012 edition includes the 1983 Prologue by Rolando Hinojosa.  Throughout the book are illustrations by Thelma Ortíz Muraida and pictures of Carmen Tafolla from various stages of her life.
Highly Recommended
Post a Comment