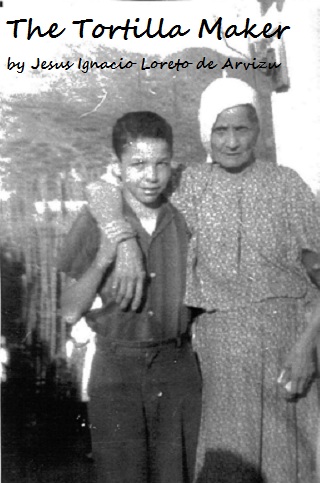 Grandmothers, kitchens, tortillas, music and labor in a small, dusty Mexican town.  The Tortilla Maker is both a memoir and homage to the author’s family that takes place primarily in Nacozari, Sonora, Mexico and follows the family’s journey into the U.S.  The story begins with the family preparing for an early Sunday morning mass in the town church.  Loreta de Arvizu, ‘Nacho’ opens with this scene evoking the nostalgia and familiarity that are prominent throughout the story.

This novel was written for a broad audience. The language is simple, moves at a comfortable pace and provides many avenues for further exploration of Mexico’s regional history including the establishment of railroads and mines, period architecture, influx of diverse populations, and the presence and influence of the Catholic Church.  The story is written in first person and the author parenthetically provides definitions and translations of colloquial and Spanish language phrases.  At times, it seems as though Nacho cannot decide if he is writing for those who share his experiences or for others who may need a cultural tutorial throughout the novel.  He oscillates between a tone of familiarity and an abstract approach to the culture. And, because of the frequent interruptions, the text does not flow as freely as his memories.

A brave first book, this is an important story of a traditional hard working family. It is the story of a nana and a history that speaks to many of us who spent summers and Sundays looking up our own tortilla maker.
Post a Comment