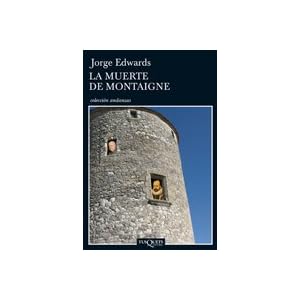 Edwards's latest book is part historical novel and part biographical essay. It centers on Michel de Montaigne (1533-1592), one of the fathers of modern essay and an author with particular influence in Spanish literature. The story recounts only a handful of episodes from Montaigne's days and focuses instead on his personality, readings, philosophy of life and some of his illustrious acquaintances. The author/narrator appears to recall his own life and dealings with Montaigne, which adds an interesting twist (Edwards fled from Chile during Pinochet’s dictatorship and is also a diplomat). This said, history buffs might be disappointed as Edwards doesn’t intend to recreate neither the life nor the epoch and perhaps borrows too much from Jules Michelet, the great 19th century French historian. Nevertheless, the book is a highly enjoyable read and a great gateway to Montaigne's work, which is amply available both in English and Spanish.  This trade paperback may not stand up to heavy use.