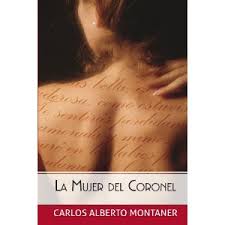 Politics and sex may seem to be odd bedfellows, but Montaner manages to juxtapose these two elements in a steamy story.  In a dystopian Cuban landscape, Coronel Arturo Gomez, stationed in Angola, and his wife, Nuria, a marriage counselor are victims of the culture of machismo and government infiltration into their personal lives.  Government spies gather evidence of Nuria’s brief sexual dalliance with an Italian professor at an academic symposium and present it to her husband.  For many Latin men, infidelities are a symbol of virility.  A wife’s infidelity, on the other hand, smears honor and cannot be tolerated.  In Cuba, a woman’s infidelity is also a matter of state concern, thus, the story.  Montaner’s erotic writing is intellectually stimulating and sexually explicit.  The resolution to Nuria and Arturo’s situation is unexpected but not surprising.