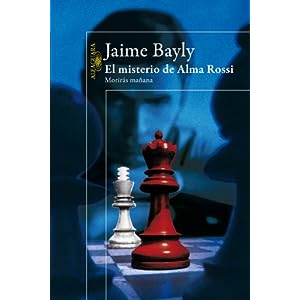 This is the second volume of the trilogy “Moriras manana”. The main character is a well-known Peruvian writer who is told he has only a few months to live, so he decides to take this time to "cleanse" the world of fiction writers. In this second book, the protagonist, now a murderer, travels to Chile to kill the love of his life and, by the way, other people from the neighboring country that he knows.  The story, told in first person, puts the reader, from the first page, into the mind of the main character with his insights about the world of fiction writers, capturing the reader’s attention immediately.  Jaime Bayly is a well-known and controversial author who uses very coarse vocabulary and describes every killing in a macabre way.  The story presents Chilean people in a way that could result offensive to some readers.
RECOMMENDED WITH RESERVATIONS, to adult readers in public libraries
Post a Comment