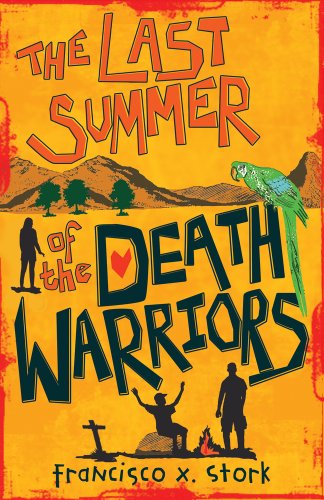 Stork follows his critically-acclaimed Marcelo in the Real World with another powerful, unflinching young adult novel.  Seventeen-year-old orphan Pancho Sanchez arrives at St. Anthony’s Home in Las Cruces, determined to avenge his sister’s murder, regardless of the repercussions.  There he meets D.Q., a talkative long-time resident with terminal brain cancer and confined to a wheelchair.  When Pancho is hired as D.Q.’s aide for the summer, the two set out on a physical and spiritual quest to Albuquerque and parts beyond, strengthening and testing their friendship and Pancho’s desire for revenge.  This beautifully written novel comes alive with an authentic, three-dimensional cast, and the author avoids portraying a single character as completely without merit or flaw.  Stork’s obvious respect for the intelligence of the teenage reader is commendable.  Highly Recommended.