REFORMA condemns the deplorable conditions migrant children face in immigration detention centers, and denounces the cuts in funding for education and recreational resources.

WASHINGTON D.C. (June 26, 2019) -- REFORMA, the National Association to Promote Library and Information Services to Latinos and the Spanish Speaking, condemns the deplorable conditions migrant children face in immigration detention centers, and denounces the cuts in funding for education and recreational resources. Recreation and education are critical to the human development of children, especially immigrant children being held in detention by the U.S. government. Cutting education and outdoor activities only serves to further traumatize an already fragile and vulnerable population of immigrant children. Ignoring this humanitarian crisis any longer is not an option.

During the 2019 American Library Association (ALA) Annual Conference, ALA Council approved a resolution in response to the current social injustices occurring in immigration detention centers across the nation. This resolution, Resolution on Library Service for Children in Detention at Migrant Detention Centers, follows up on a resolution passed in 2018 denouncing the separation of migrant children from their families. REFORMA wholeheartedly supports ALA's resolution.

In conjunction with the adopted resolution, members of REFORMA and its Children in Crisis (CIC) Project joined over 120 library professionals outside The White House in a demonstration against the deplorable conditions of detention centers, the injustice of immigrant family separation, and the refusal of educational and recreational resources for the detained. Thanks to Librarians for Immigrant Rights organizer, Stavroula Harrisis, REFORMA was able to further voice its mission for family reunification and access to resources for immigrant families. 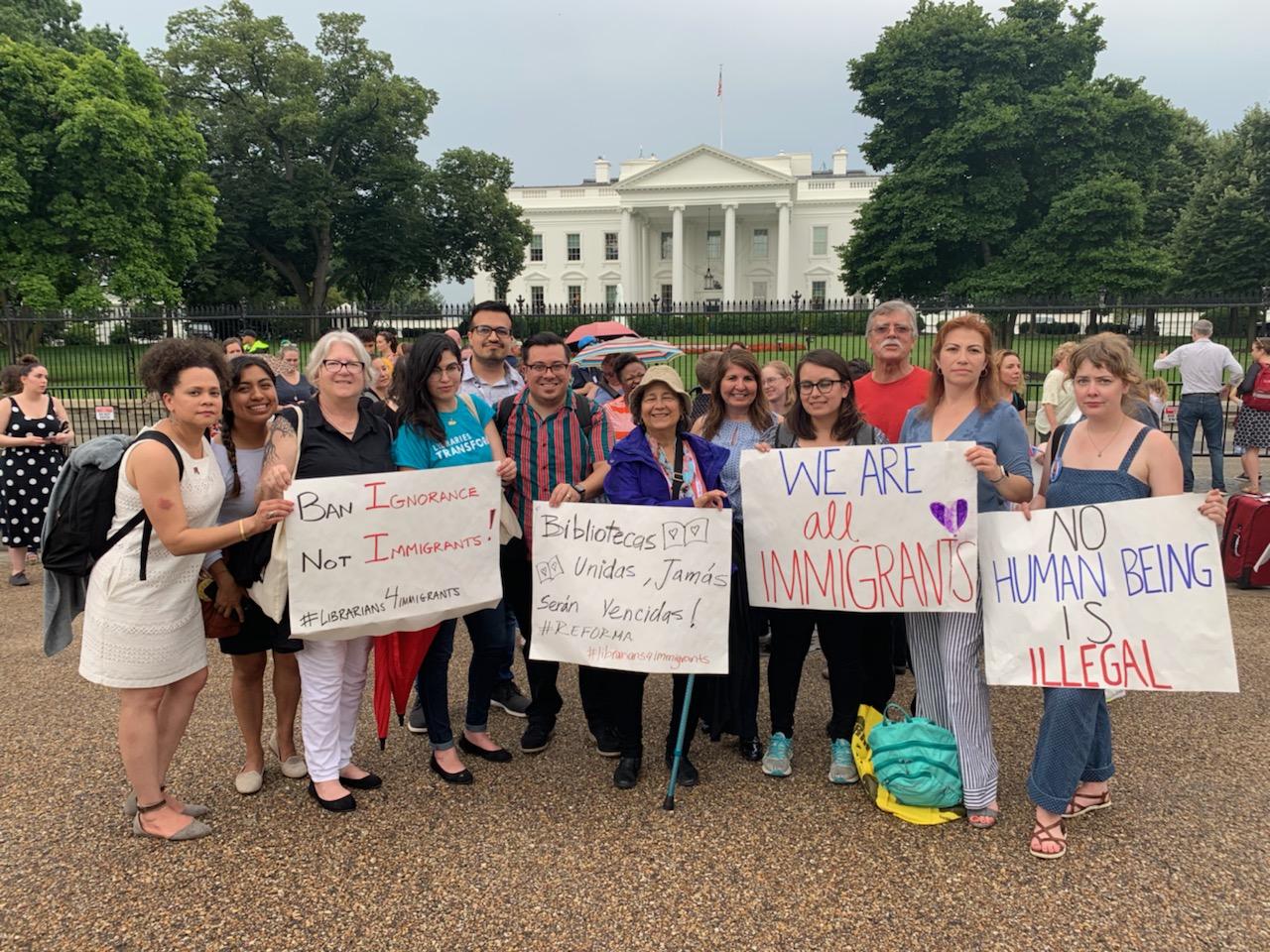 REFORMA's Immediate Past President, Madeline Peña, in addition to Oralia Garza de Cortes, co-chair of the CIC Project, addressed the crowd of librarians outside The White House on June 25, 2019. 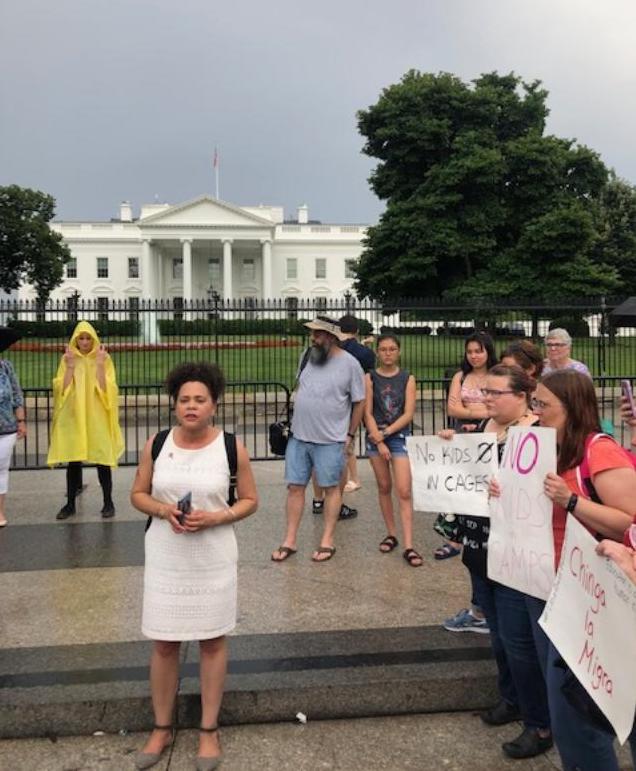 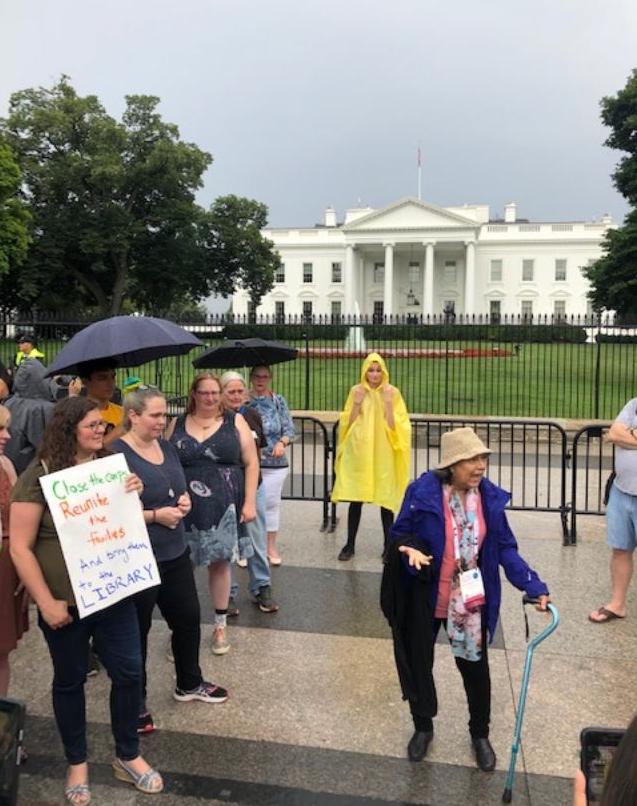 REFORMA's CIC Project has been actively working to provide access to library and literacy services for Spanish-speaking minors and immigrant families being held in detention centers across the United States since 2014. The Children in Crisis Project was created to solicit donations, and to purchase and deliver books for children in detention centers, shelters, law offices, and group homes around the country where these children are sent after being processed. This work is carried out through the local chapters of REFORMA in partnership with various social service agencies.

To aid libraries in providing services to immigrant children and families, REFORMA has developed the Children in Crisis Immigration Toolkit for Libraries and a list of Other Online Resources for library professionals. In addition, REFORMA's Legislative Committee has gathered a list of Resources for Immigrants, Refugees, and Displaced Persons.