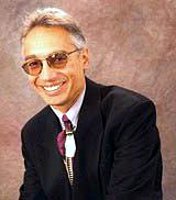 José Aponte, Executive Director of the Pikes Peak Library District, has been selected as the 2004 Trejo Librarian of the Year Award by REFORMA, a national affiliate of the American Library Association that promotes library and information services to Latinos and the Spanish-speaking community. Each year REFORMA recognizes a colleague who has made exemplary contributions to the library profession in service to the Latino community.

In selecting Aponte, the Librarian of the Year Committee noted, “His outstanding library work -- locally and nationwide, contributions to REFORMA, and the promotion of Latino culture make him a model to follow by new and veteran librarians alike. He validates our belief that librarians can make a difference. Librarians can be successful at what they do at local and national levels.”

Read an article on José Aponte published in the Colorado Springs Independent on July 15th, 2004.