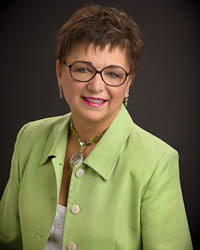 She's nationally and internationally renowned leader and recognized for her commitment to diversity as well as a writer, professor, and speaker on the myriad aspects of librarianship. Camilas's impact on librarianship has been monumental. During her term as president of the American Library Association, she led a national library advocacy campaign that ushered a new era in librarianship. This campaign galvanized thousands of librarians, library workers, and supporters to promote the value and importance of libraries. To this day the impact in stronger political support and activism has been a name changer and left an indelible mark in our profession. All of that with great confidence and swagger. 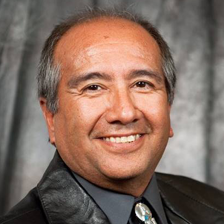 Many believe that the Colorado REFORMA Chapter would not be where it is today without Mr. Archibeque's incredible leadership and guidance over the many years. Some of Lando's notable contributions not only to REFORMA Colorado but also to REFORMA National was helping organize the REFORMA National Conference IV that took place in Denver, Colorado back in 2010. Throughout his career Lando has selflessly given to our Latino staff across Colorado, helping Latino Teens attend the Colorado Teen Literature Conference, or as the treasurer for the REFORMA Colorado Chapter, Lando has been a true inspiration and advocate to providing library services to Latinos and Spanish speakers.