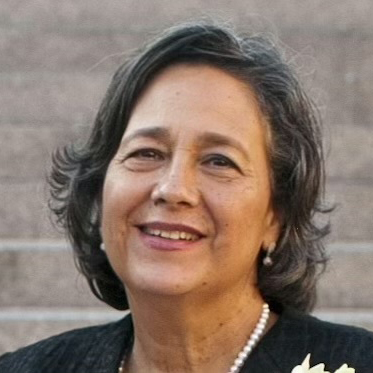 A leading voice for bilingual and multicultural children’s literature and literacy, Oralia Garza de Cortés is a native of Brownsville, Texas. She is a Past President of REFORMA, co-founded the Pura Belpré Award, and co-founded REFORMA’s Children and Young Adult Services Committee. She was the first Latina elected to serve on the Board of Directors of ALSC (Association of Library Services for Children) and was the first Latina children's librarian elected to serve on the Caldecott Committee.

She has served on numerous book award committees including the Pura Belpré, the Américas, the Tomás Rivera, the Hans Christian Andersen, and the Jane Addams. She was a driving force behind the creation of Día de los Niños/Día de los Libros, Noche de Cuentos, and Children In Crisis. She is the recipient of JCLC’s Advocacy Award, Women in Library History, and a Library Journal’s Mover & Shaker.