Dr. Michele A. L. Villagran is an assistant professor with San José State University School of Information. She also serves as CEO of CulturalCo, LLC consulting in areas of cultural competency, diversity & inclusion, and emotional intelligence. Villagran earned her Doctorate of Education in Organizational Leadership, her Masters of Dispute Resolution, and a Certificate of Dispute Resolution from Pepperdine University. At the University of North Texas, Dr. Villagran completed her MLS in Legal Informatics and her MBA in Strategic Management. Villagran’s research focuses on diversity and social justice in library and information science and cultural intelligence phenomena within libraries. Dr. Villagran is engaged with many associations including the Association for Library and Information Science Education, American Association of Law Libraries, REFORMA, California Library Association, and the Los Angeles Latino Chamber of Commerce. She is the current REFORMA Education committee chair and serves on the RNCVII Marketing & Public Relations committee. For REFORMA Los Angeles she serves as the current Outreach & Membership, Co-Chair. 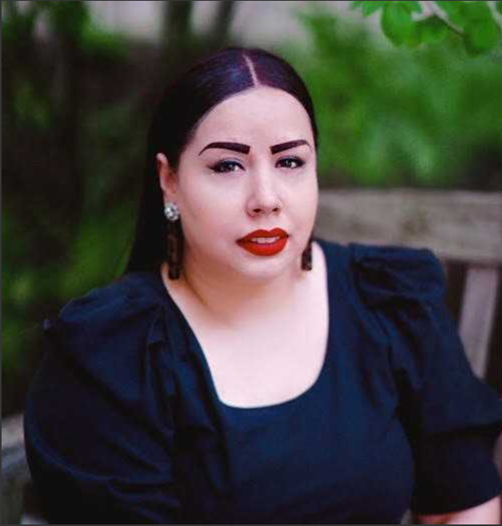 Maria F. Estrella is a Dyad Public Services Manager at the Cleveland Public Library Garden Valley and Woodland Branches.  She has two decades of library experience in both the public and special library sector, including eight years working as a Children's/Teen Librarian and a Youth Services Subject Department Librarian in a 5-star rated urban and research library system.  Maria also continues to advocate, promote, and provide direct services to young library patrons by serving on national committees and task forces, whose primary goal is to provide diverse literacy and technological resources/services to enhance the lives of young library patrons and help them become life-long learners.

Mrs. Estrella is actively involved with REFORMA at a national level. She served on the 2016 Pura Belpré Award Selection Committee and provided a helping hand during the commencement of the Children in Crisis Project. During the 2020 Virtual American Library Association Annual Conference, Mrs. Estrella also organized and moderated the ALA/ALSC presentation titled “Juntos: Latinx Family Engagement at Your Library,” and was featured in the Children and Libraries summer 2020 article “Welcoming to All: Latinx Culture and Programming: Notes from Latinx Librarians.” She is the current Chair of the Children’s and Young Adults Committee and the REFORMA liaison to the Association of Library Services to Children (ALSC), which oversees the 2021 Pura Belpré Award committee.