How the books reach the children

There are many people working to ensure that the Unaccompanied Refugee Children receive books.  Until July of 2014 the Customs and Border Protection (CBP) Department was not able to accept these donations. Now, they accept donations.  One of the past presidents of REFORMA, Silvia Cisneros delivered our first shipment of books to the McAllen, Texas CBP facility on September 10, 2014.  We have since made other donations across the country and continue to look for opportunities to connect the children with books.

Donate - You can donate money, using credit cards or Paypal via our Donation Page and those funds will be used to purchase approved books and pay for shipping them to the children currently in detention. 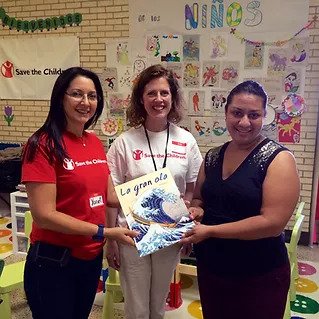 Wednesday, September 10, 2014 McAllen Texas
Catholic Charities Refugee Shelter
Delivering books from Bilingual Publications to Save the Children.
The first child to recieve a book from the REFORMA Children in Crisis project. 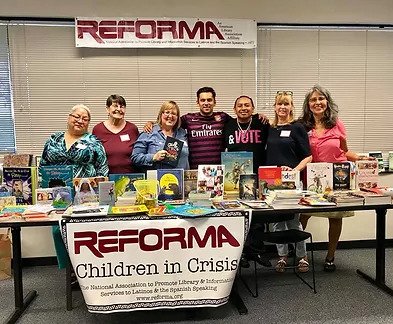 REFORMA del Valle Central distributing books to the participants of the Kids in Need of Defense (KIND) Feria de Recursos for Central American kids and families in Fresno, CA August 8, 2018