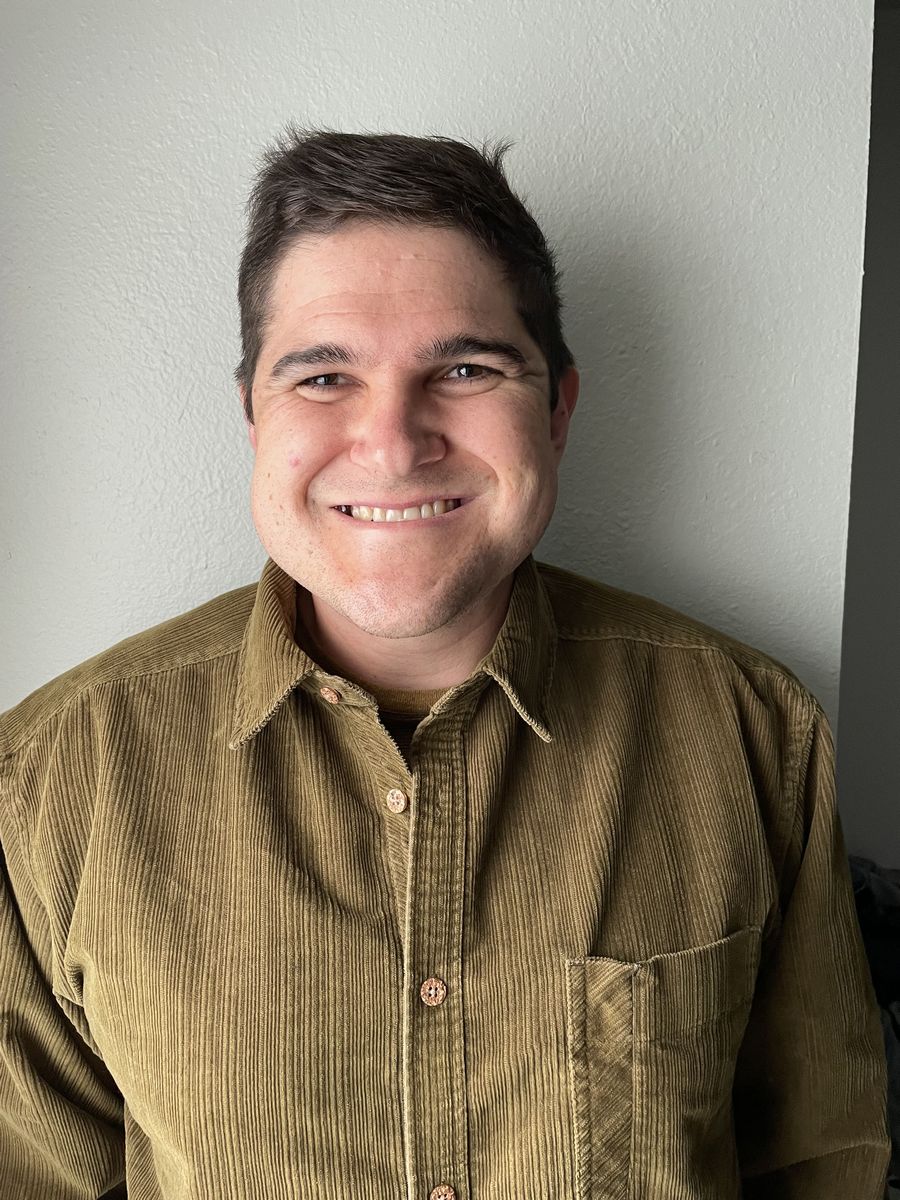 My name is Taylor Alfonso Charron Schwab and I recently started working as  a Librarian at the Ross-Barnum branch of the Denver Public Library. I have had the opportunity to  work in different positions for the Denver Public Library  in the last five years including as a Security Clerk at the Ross-University Hills Library and a Bookmobile Driver for the Mobile Services Department.. I joined REFORMA in 2021 in anticipation of becoming a librarian and getting involved in this important work on a national level.

As a library professional I am committed to eliminating all barriers to public libraries as I strongly believe that information and access to information professionals is a basic human right, especially in a place governed by democracy. During my time on the bookmobile and throughout the COVID-19 pandemic I have been able to focus largely on working with people experiencing homelessness in the Denver metro area. In the beginning of the pandemic I planned and led outreach to encampment areas around the city where we supplied people with water, survival supplies, and books while the library’s buildings needed to remain closed. Through these outreach efforts I was able to make connections with service providers in these communities and DPL continues to provide traditional library services to shelter spaces like tiny home villages and safe outdoor spaces. I think a big part of library access involves meeting people where they are and making them feel most comfortable utilizing library services. This includes providing all library service in Spanish as more than 43 million people speak Spanish as a first language in the United States.

I have an interesting relationship with the Spanish language. My father was born and raised for a short time in Mayaqüez Puerto Rico. His family spoke Spanish like most people in his community, but when he was forced to attend Christian school he was punished for speaking Spanish . This was exasperated when he moved to New Jersey during his middle school years and not only was he punished by the school, but also bullied for being considered foreign. He was adamant about not teaching my sister or I Spanish in order for us to avoid the pain he faced growing up. I wish my dad would have spoken to us in his first language because I believe that he would have been able to better express himself and I would have a deeper connection with half of my family and heritage. I want to foster a library environment where everyone feels comfortable speaking their language and is able to meet their information needs in their language.

I hope that you will vote for me for the next Central Chapter Representative and if elected I look forward to working with all the Central Chapter Presidents in order to carry out REFORMA’s vision and mission.